Theorists of Child Development Part One

When I talk about child development and all the things you can do to encourage it, the foundations of all my theories and practices are attributed to several theorists.  I know that in the day to day, most parents could really care less about who invented this or what the thread of thought was on that and often feel that if it’s working, why bother taking it apart, dissecting it and then forgetting how to put it back together.

Chances are it will never run the same and you’ll have a few extra parts left over.  Generally, I agree…oh wait a minute, scratch that since I enjoy taking things apart.  It is great to have some understanding on what drives early childhood education and most, if not all, of the discussions that I have on this blog.

There are several theorists that I will be discussing over the weeks but for today I would just like to focus on one theorist, Freud.

I’m sure we all know who Freud is but do you know much about his theories.  Freud is the developer of psychoanalysis, something that many people know.  He believed that the personality was formed of three parts and these are:

And that is pretty much it with Freud in a nut shell.  Now I know that we can go through and elaborate on all of the stages but I’m not an expert in Freudian and I only know the parts that are connected with Early Childhood Education.

Freud went on from the “personality structures” and identified three stages that occurs during early childhood.  He felt that any difficulties during these stages could and would affect the person’s personality.

The stages that Freud identified are:

There are other stages to Freud’s theory including the Latency stage, between ages 6 to puberty, and the Genital Stage, from puberty on, but in regards to early childhood education, the first three are the ones that I focused on.

And that is it on our first part of theorists of child development.  I will go over them again another day and I will focus on Erik Erikson who extended Freud’s stages.  Now you can all go and study and I will test you on Monday. (Just kidding.) 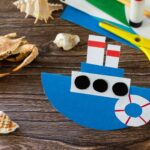