Susur Lee, who was born in 1958 in Hong Kong, works out of Toronto in Canada.  He first worked in the Peninsula Hotel, which is located in Hong Kong, and he has 5 siblings.  After emigrating to Canada in 1978, he worked at several restaurants. He now owns two — Lee, and Lee Lounge.  These two eateries are side by side.  Chef Lee has a commanding presence and is seen in many TV appearance, both on Bravo and The Food Network.

During 2008 he started Shang, which is within the Thompson Hotel in NYC.  During 2009, Zentan was “born” in the Donovan House in D.C.  Lee’s eclectic style is referred to as fusion cuisine, which become a popular food style.  Chef Lee’s Susur opened during 2000, with help from his second wife, Brenda.  Tragically, Lee’s first wife died during the 1983 disaster involving Korean Air 007.  Through the tragedy, he has managed to create wonderful and inspiring dishes showcased in restaurants around the globe.

Lee is acknowledged by Food & Wine, as well as Gourmet Restaurant, which is a UK magazine.  He’s been on several Top Restaurant lists, and on Restaurant World’s well known list — 50 Best Restaurants.  Chef Lee gets daily inspirations and his tasting menu from fresh market offerings which he overseas himself.  Lee battled Iron Chef Flay during 2006.  He was also a guest celebrity on East Meets West, which aired on the well-known Food Network.

Lee was a top runner-up on Bravo’s Top Chef Masters and early on in the competition, his dish of farce curry, chicken, grits and polenta, chili mint chutney, and tomato jam earned raves from The Modern Family crew and cast.  The actors and crew had a hand in voting, and this was part of Lee’s score and helped in advancing him in the competition.  Chef Lee calls Toronto his base, while visiting his restaurants overseas. 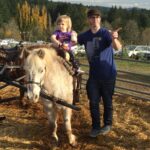