Halloween: Pagan Holiday or All in Fun?

Is your house buzzing yet with the talk of Halloween and costumes? “What are you going to be for Halloween?” is a very common question this time of year. Well, have you thought about it? Or are you going to let the whole costume idea wait until the last minute? Sometimes the best costumes are created the day they are used!

Kids and adults alike love to dress up and to pretend they are someone else. Halloween is the perfect excuse! Costumes have changed over the years, but the fun of dressing and pretending you are a cowboy, Batman, or Wonder Woman is not much different than before. And, some people go all out with homemade costumes and makeup to match.

With shows like the Walking Dead, Halloween has recently entered the zombie craze and one can see anything from Sherriff Rick on that show, to believable zombie costumes and faces. Another favorite last year were the characters from Stranger Things. Whole families would dress up to look like that fun group of kids.

Sports costumes are always in the mix with kids’ and parents’ favorite jerseys walking about sometimes in full gear. It appears in the last few years we have gone back to making or designing our own costumes. One of the best I’ve ever seen was a stroller decorated to look like a recycling truck and the rest of the family dressed as workers for the truck.

Trick or Treating actually began in the United States sometime in the 1920’s into the 1930’s when the idea really caught on. During World War II, the tradition was put on pause for a time, but then after the War, children began to trick or treat again.

Kids would dress up in simple costumes to go around to the houses of their neighbors to get little treats. Often the treat was a homemade good. Bags of candy were not even sold in stores back then, so the usual “stocking up for the evening” did not happen.

Fast forward to trick or treating today. If you live in a neighborhood that participates in the tradition, people turn on their lights and kids come to the door. They still yell, “Trick or treat!” Then candy in prewrapped packaging is handed out.

Many churches, schools, shopping malls, and communities sponsor their own trick or treat booths. The kids will then go around to booths either indoors or outside and get their special collection that way. Some parents forego the trick or treating to random houses in lieu of the mall idea. But whatever the case, the Halloween costumes are popular and in full force.

What is your favorite costume ever? I think my daughters both dressed up at some point as Dorothy from the Wizard of Oz, complete with the glitter shoes we made ourselves. I had two favorite costumes from my youth. One year I wore an astronaut outfit I had gotten for Christmas, and then another year when I didn’t prepare. At the last minute, I put two boxes on top of each other and made a giant wrapped Christmas present. I looked really tall. And I’ll never forget this one lady when she opened the door, ‘My gosh! It’s a box!”

Even store-bought costumes now are extremely elaborate. Specialty stores have everything from inflatable dinosaur costumes kids put on and then look like a giant T-Rex, to costumes that are a just a simple mask and one-piece suit. However, if you go to one of these stores with a homemade idea, you can usually find all the accessories you need to complete the outfit.

This year as you start planning for you and the kids, think about favorites and just wait until kids come home and start popping out ideas. They will probably change their minds ten times though, so don’t create a costume too quickly. Remember, the main idea when making or buying a costume, is to have fun! 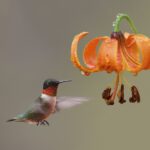