Coffee Recipes By The Cup

One of the many advantages of drinking a beverage both ancient and international is the delightful variety of recipes for enjoying coffee in different ways.

Caribbean, Mexican mocha, Cubano, and Grog are only a few out of an endless list of possibilities.

The first is one of the more unusual, but be daring. Start by baking a coconut for thirty minutes at 300F (134C). Remove and allow to cool, then break open the shell and remove the inner flesh and grate. Mix the meat, coconut milk and a half cup of cow’s milk in a pan and heat until it thickens. Then strain the mixture to remove the coconut granules. Mix the mixture with a cup of coffee and sip. Hmm…

Like any mocha, the Mexican is a delicious blend of coffee and chocolate – two natural partners. Take a teaspoon of your favorite chocolate syrup and add a quarter teaspoon of cinnamon and nutmeg. Pour in one cup of coffee and add white or organic sugar to taste. You can mix with whipping cream, or top with whipped cream, too. Mmm…

Cubano is drunk like tequila, straight and like a shot. For the Americano, you might want to dilute with rum or hot milk. Add rum to taste, but any more than a tablespoonful of milk will really spoil the effect. Be adventurous!

Grog is a traditional English holiday treat. Carefully peel a large orange and separate into slices. Do the same with a lemon. Put a peel about the size of one orange slice into the bottom of the cup. Mix in one-third tablespoon of butter, a tablespoon of brown sugar, a pinch each of ground cloves and nutmeg. Then throw in a pinch of cinnamon. Pour in a half-cup of coffee and stir. Add heavy cream to taste. Happy holidays.

There are other international delights, such as Viennese, Turkish and Vietnamese.

For the Viennese, melt one-eighth cup dark chocolate into a sauce pan and stir in one tablespoon of light cream. Slowly add a half-cup of coffee and whip until frothy, then let settle. Sprinkle cinnamon and cocoa across the surface and taste with pinky raised. Now you’re an aristocrat.

The Turkish is simple. You’ll benefit from obtaining one of the special “džezva” pots used to boil the coffee. Yes, boil! Turkish coffee is strong. Start with finely ground Turkish coffee. Pour a cup of water into the pot, then add a half teaspoon of sugar and bring to a boil. Remove from heat and add a teaspoon of the coffee, then stir and replace onto the heat. Remove after a layer of foam appears, then allow to settle and cool.

The iced coffee drink of Vietnam is not to be missed. Acquire a Vietnamese coffee press. The hard part is now over. Put the ground coffee in the press, then pour a tablespoon of condensed milk into the bottom of a cup. Pour boiling water over the press and let drip. Stir and add ice. Wow!

Of course, you could save yourself the trouble and simply take a little world tour, letting the locals do all the work. Not a bad idea actually. 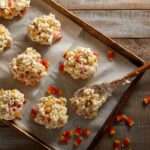